The island of Zakynthos also called Zante or Zacinto, is the southernmost island of the archipelago of the Ionian islands. Zakynthos has an area of ​​406 km² and is the third largest island after Kefalonia and Corfu. Well known for being the birthplace of the poet Ugo Foscolo, who wrote the famous sonnet “A Zacinto” is known above all for the shipwreck beach which is the most photographed and known beach in Greece.

The island of Zakynthos is an island with strong contrasts: the turquoise sea of ​​this island frames the lush vegetation that alternates between pine forests, vineyards and olive groves. From a geological point of view, in the western area there are imposing rocky coasts that form small fjords, while in the eastern and southern areas the coasts are purely sandy. Right on the southern coast, Caretta Caretta sea turtles come to nest from May to August, to protect the species in 1999 thanks to the interest of the WWF, the area has become a Marine Park.

Thanks to the typically Mediterranean climate with hot summers and mild but rainy winters, agriculture is highly developed. Also of interest is the breeding of cattle which brings excellent meats and cheeses to the table. Nonetheless, the tourism industry remains an activity of fundamental importance for the island which welcomes many visitors every year from April to October.

How to get to Zakynthos

During the summer, some European cities offer low cost flights direct to the island including London and Amsterdam. However Zakynthos is very easily reachable from Athens with Olympic Air, Aegean Airlines and skyexpress which offer 2 flights a day. Check the following low cost companies: Ryanair, Easyjet, Volotea and Vueling

Zakynthos can be reached by ferry from Italy, Killini and Kefalonia.

Direct ferry from Italy: Direct ferries depart twice a week starting from July from the ports of Brindisi and Bari, reaching the island of Zakynthos after 17 hours of sailing.

Ferry from Kefalonia: from the port of Pessada (south of Kefalonia) there is a morning ferry and an afternoon ferry which, in just over a ‘ hour of navigation, bring to the port of San Nikolaos, located north of the island of Zakynthos.

What to see in ZAkynthos

The Shipwreck Beach is the most beautiful bay of Zakynthos but also the most photographed. An inevitable destination for every tourist who visits the island of Zakynthos, it can only be reached by sea thanks to the numerous excursions that take thousands of tourists every day in this Greek paradise.

The Marine National Park of Zakynthos extends from the Gerakas promontory to Keri. In the Marine Park you can see the Marathonisi Island, the Marathia and Keri caves but above all the Caretta-Caretta turtles. Excursions will take you to admire this pristine area of ​​the island of Zakynthos.

This private island located inside the Marine Park, is connected to the mainland thanks to a wooden pier. Positioned in second place among the most photographed places in Zakynthos. Inside there is a bar and a small beach. Aperitifs are organized twice a week.

When you are on vacation, the photo that should never miss on your phone is a beautiful sunset and also in this the island of Zakynthos is the queen. The 3 scenic spots where you can watch the sunset are all in the western part of the island and they are all overlooking the sea, a suffering for those who suffer from vertigo! The most touristic and also the most easily accessible point is Keri, a few tens of meters from the largest flag in Greece. The other 2 scenic spots are Kampi and The scenic spot a few kilometers from Anafonitria from where you can admire the shipwreck beach from above.

The village of Bochali offers a panoramic view of the city of Zakynthos and its port. Reachable either on foot, by a path that starts behind Piazza San Marco, or by car in about 10 minutes, this village develops around the Venetian castle. Cafes and bars offer the opportunity to have a drink with a beautiful panoramic view and above all at night it is the destination of many couples and families who come here to relax away from the chaotic life of the city.

The nightlife in Zakynthos is varied, on the one hand the party area of Laganas frequented mainly by 18-21 year old, on the other the city of Zakynthos chosen by those who want to have a drink and suitable from 21 years on, the glue is the Barrage, a disco that offers 2 outdoor rooms and which brings together all tourists on the island on Tuesday and Friday. An event not to be missed!

The most beatiful beaches in Zakynthos

Already mentiones in the things to see in Zakynthos, it could not miss among the most beautiful beaches in Zakynthos. To fully enjoy its beauty, we recommend taking the excursion with boats with a maximum of 50 seats, avoiding boats with 100-300 seats. When you purchase the excursion on site, always make sure about the type of boat used.

The main destination for all excursions in the Zakynthos National Marine Park. This beautiful beach can be reached by excursion using a boat with a maximum of 30 seats, in fact, larger boats are forbidden to stop here (always check if the excursion includes this stop). Access to this beach is partially prevented as turtles come to lay on this beach.

In third position another beach of the Marine Park. Dafni is the wildest and most unspoiled beach in Zakynthos, thanks to the difficulty in reaching it is the less touristy area of ​​the island. Buses and taxis do not arrive on this beach and the only way to reach it is by renting a vehicle.

Gerakas like Dafni is also part of the Marine Park. This beach is connected to the city of Zakynthos by the shuttle service provided by the KTEL (€ 1.80 each way). It offers very few shady spaces and being a protected area, only the Marine Park’s umbrellas can be used. WWF volunteers will patrol this area and at the entrance they will provide you with free brochures about the rules of the Marine Park.

Located on the east coast, Xigia beach is famous for its sulphurous water springs that flow from some cracks in the rock giving its waters an unusual white color. The beach is very small and we recommend arriving before 10 am. Another feature of this beach is the bar, located at the beginning of the descent, which serves the customers below with an ingenious pulley.

A few km north of Xigia you will find this other beautiful beach, where the sea takes on an incredible series of shades of blue in contrast with the green headlands. The beach is sandy and pebbly.

Porto Limnionas is an inlet very similar to Porto Roxa, from which it is less than 2 km away. In this place, as in most of the inlets of the western part of the island of Zakynthos, you will not find sand. In some places the water is very cold, as there are fresh water currents coming from some cracks in the rock. 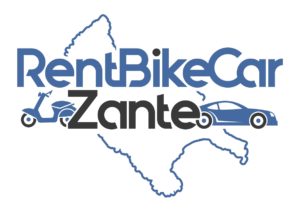